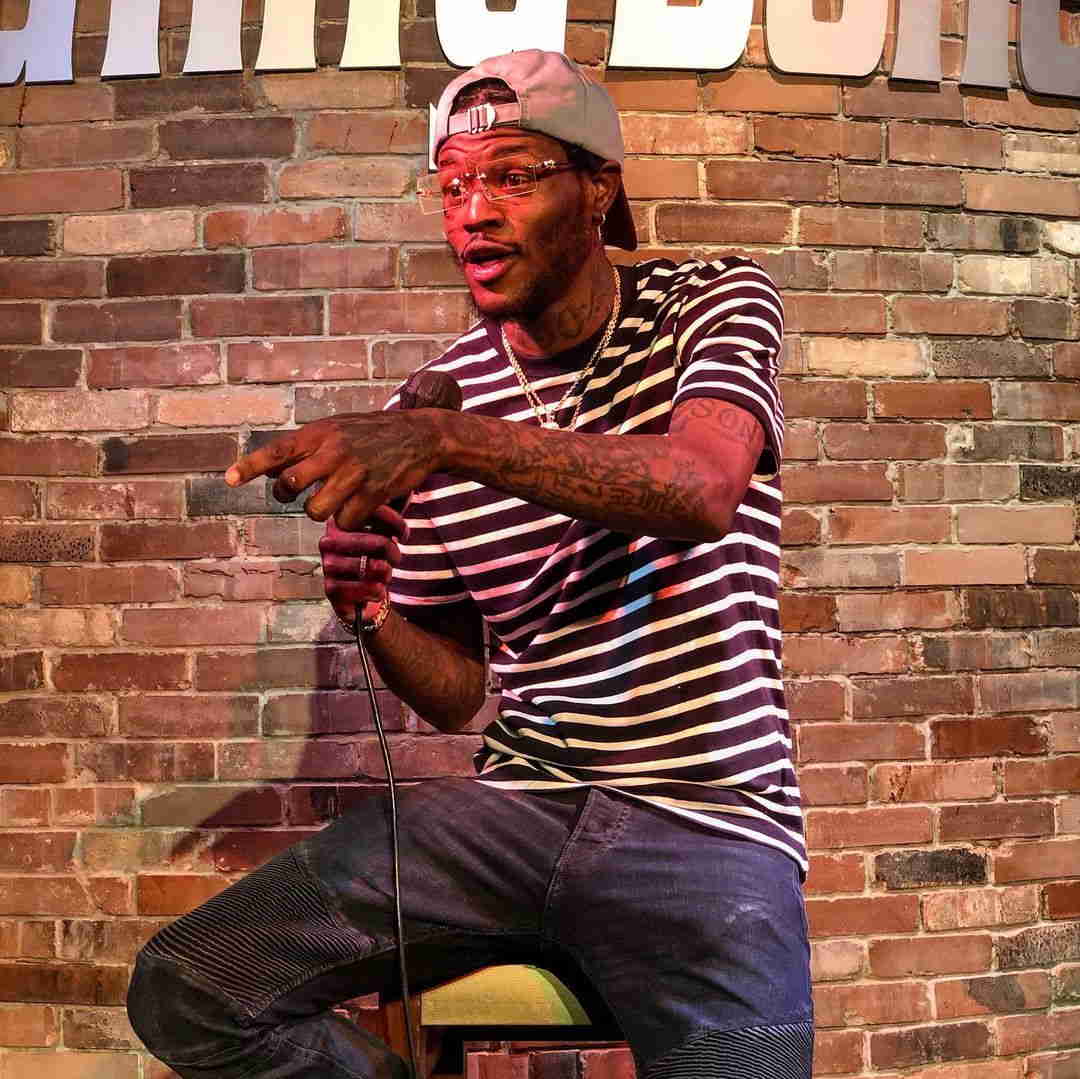 DC Young Fly has an estimated net worth of $3 Million as of 2022. He is a well-known Rapper, Actor, Comedian, Screenwriter, and Producer of the US Nation.

Young Fly is considered one of the top comedian actors in the film industry. He got media attention after playing his role in MTV’s comedy improv series, Wild ‘n Out. He was titled “Rookie of the Year” after his first season and twice became the team captain of the “Black Squad”.

Apart from that, he has a huge fan base on social media such as he has more than 1 million subscribers on YouTube and 11 million followers on Instagram.

John Whitfield, popularly known as DC Young Fly, was born on May 2, 1992, in Atlanta, Georgia, U.S. He grew up on the west side, a place where many leading rappers had spent their childhood. Being the youngest of seven children, he used to sing in the church, where he developed his taste in music.

When it comes to his education, he attended Benjamin E. Mays High School in Atlanta. He was not good at his studies and made a reputation as a class clown and a trouble maker.

In 2010, Young Fly had his first major setback when he lost his brother, the biggest supporter of his music career. After that horrible incident, he opted to get a face tattoo between his eyes as temperance of his brother.

He first joined Twitter back in 2009 and has a massive fan following. But his social media career wasn’t successful until he started creating vines.

In November 2013, Young fly uploaded his first music video, and soon he amassed a large fan following. By the end of 2016, he became a prominent figure on social media, including his roasts of some celebrities like Kevin Hart, LeBron James, Meek Mill, and Drake.

In March 2014, he released his first mixtape titled “Industry Most Wanted” under his stage name, DC Young Fly. The turning point of his career came in 2015 when he got the chance to appear in season 7 of the comedy show Wild ‘n Out. Following the year, he made his film debut in the film ‘Almost Christmas’ where he portrayed the character of Eric.

Later, Young fly got interested in creating his own movies. He produced and starred himself in the film ‘Digital Lives Matter’. In 2017, he worked on three BET projects; Tales, The Quad, and The New Edition Story.

In the same year, he became the host for the revival of the MTV classic TRL. In 2018, He got the opportunity to host the BET Hip-Hop Awards along with Chico Bean and Karlous Miller.

Later, they married each other and welcomed their first child, a daughter named Nova Whitfield.

Despite them, Young fly is very devoted to his mother, Betty Whitfield. He recently gifted a car and bought a house for his mother. He often speaks on his shows that his mother was a hoarder, and they would pile up clothes on top of the stove to make their living.

Young fly belongs to Christian Ethnicity. While in high school, he was charged with selling drugs and other crimes such as assault, battery, and robbery. He got arrested for the first time at the age of 18. He revealed that during his first season on Wild ‘n Out, he was already battling with 11 charges.

Below are the social profiles of DC Young Fly

That was all about DC Young Fly’s biography.