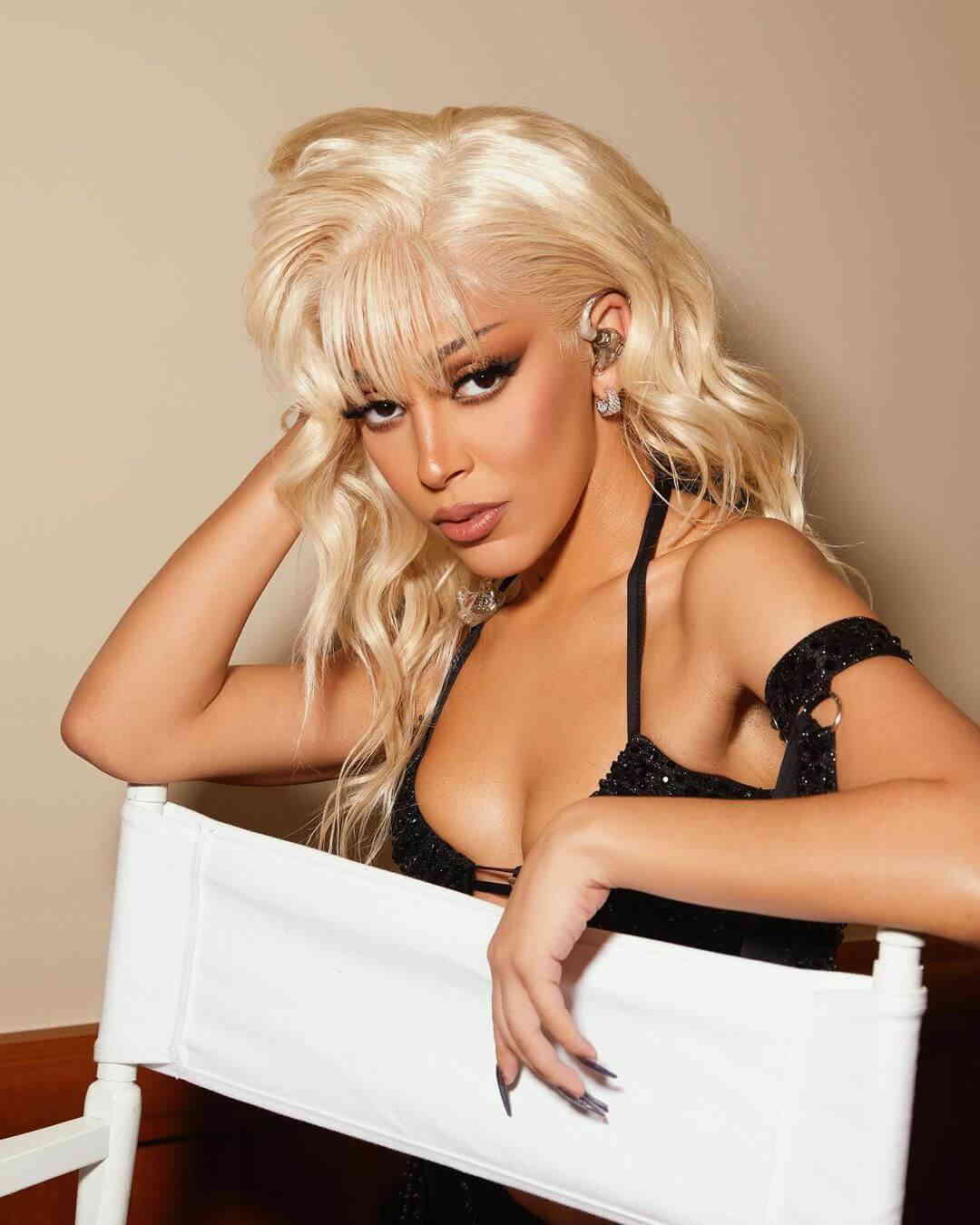 Who is Doja Cat ?

Doja Cat is a popular rapper, singer, record producer, and songwriter of American nationality. Her full name is Amala Ratna Zandile Dlamini. She began sharing her music on SoundCloud when she was only a teenager. In 2014, she rolled out her first EP titled Purr in collaboration with Kemosabe and RCA Records. She was only 17 years old when she signed a music contract with Kemosabe and RCA Records.

Doja Cat’s music is extremely popular on TikTok and other social media platforms. The Wall Street Journal described her as a skilled technical rapper and praised her bold presence and powerful melodic sense.

Doja Cat has an estimated net worth of around $10 million as of March 2022. She is very young and has just begun her music career. She has acquired great success in a very short time. She has earned vast wealth from her successful career as a rapper and singer. Dlamini purchased a $2.2 million house in Beverly Hills, California, during the early months of 2021.

On October 21, 1995, Doja Cat was born in Los Angeles, California. The names of her parents are Dumisani Dlamini and Deborah Sawyer. Her mother works as a graphic designer, and her father is a South African actor. Soon after being born, Dlamini moved to Rye, New York, and started living with her maternal grandmother. She lived with her grandmother for five years before moving back to live with her mother and brother at a religious commune located in the Santa Monica Mountains.

The name of the commune Dlamini joined with her brother and mother is Sai Anantam Ashram. The founder and swami of the commune was the famous jazz musician Alice Coltrane. At the commune, Dlamini practiced Hinduism for four years. She used to feel that practicing Hinduism was constraining her. Her family later moved to California, and she began taking dancing classes.

One of Dlamini’s aunts is a vocal coach, and she helped her prepare for an audition for a performing arts high school called Central Angeles Area New High School #9. She quit her formal education when she was in her junior year and 16 years old.

In 2013, Doja Cat rolled out her first single titled So High on Sound Cloud. She released her debut EP in the year 2014. She has worked with many popular artists like Elliphant, Hellboy, Pregnant Boy, and Skoolie Escobar.

In March 2018, Doja Cat released her debut album titled Amala. Her songs became very popular and garnered attention from famous rappers and singers such as Chance the Rapper and Chris Brown. The music videos of her songs receive millions of views on YouTube. She released a remix version of the song Juicy which also features Tyga. The song became a quick hit and ranked 41 on the Billboard Hot 100.

Doja’s second album titled Hot Pink received admiration from both critics and the public. Hot Pink ranked at number 17 on the Billboard 200. Her song Boss Bitch was featured in the film Birds of Prey. Her song Say So is extremely popular on TikTok. In 2020, Doja made an appearance on The Tonight Show Starring Jimmy Fallon.

Doja has received many awards and accolades for her brilliant singing talents. She is the recipient of five American Music Awards, Three MTV Videos Music Awards, a Billboard Music Award, and a Guinness World Record.  Doja has also been nominated for winning the Grammy Awards 11 times.

Doja Cat is a Jew. She is heavily influenced by the Indian and Japanese cultures, which surrounded her in her early years.  Dlamini is an avid surfer. She is currently in a romantic relationship with the indie-pop musician Jawny Johny. The couple revealed their relationship to the public in 2019. In February 2020, Dlamini and Jawny broke their romantic relationship.

Dlamini is a high school dropout. She attributes her ADHD as the cause of her dropping out of high school. In October 2020, she received backlash from people on the internet for taking part in the birthday party and Halloween organized by Kendall Jenner. The parties were organized when the COVID-19 pandemic was raging.

That was all about Doja Cat’s biography.