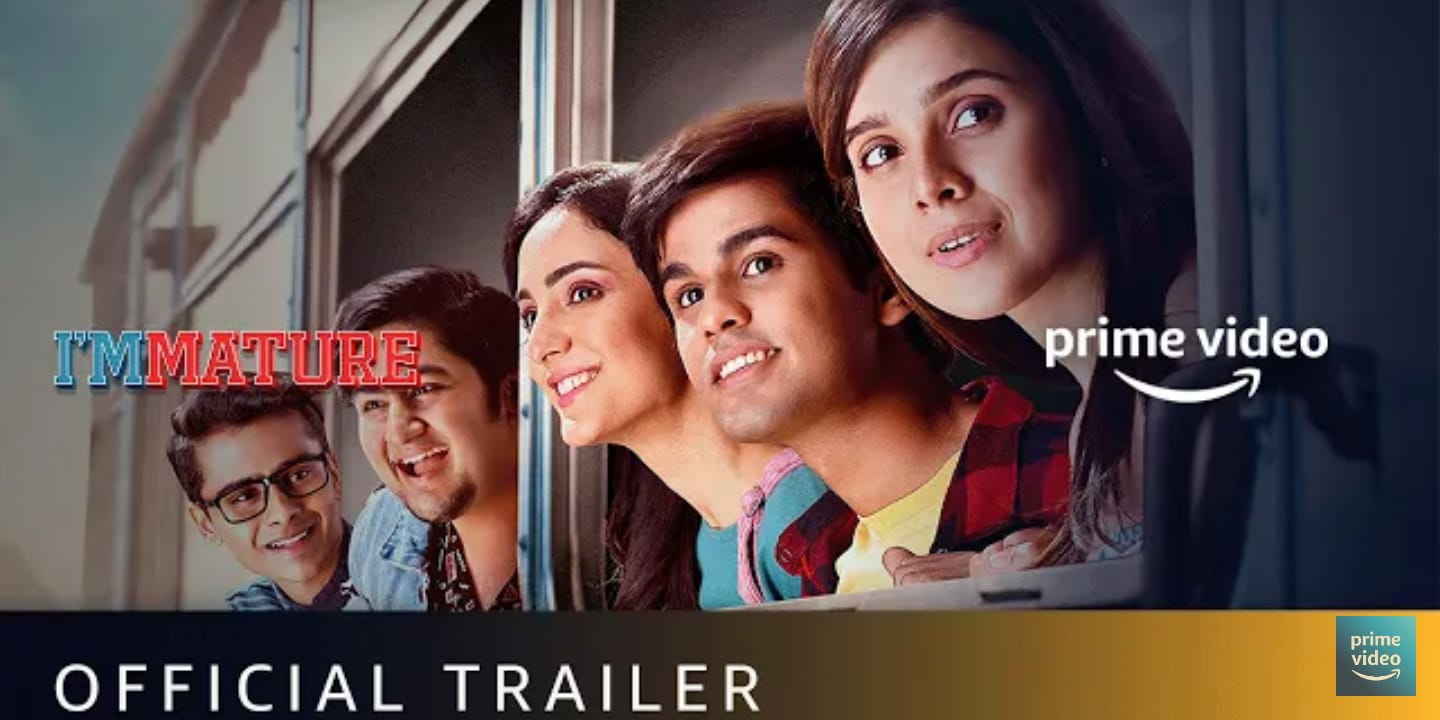 ImMature Season 2 Watch Online: Prime Video announced the release date of ImMature Season 2. The web series is scheduled to release globally on August 26, 2022, on the platform Prime Video, featuring the characters who are on the brink of their childhood and are about to reach adulthood.

Created by The Viral Fever (TVF) and directed by Anant Singh, Immature Season 2 Casts Rashmi Agdekar, Omkar Kulkarni, Chinmay Chandraunshuh, Naman Jain, and Kanika Kapur in the lead roles. The trailer of the web series has been launched, giving a glimpse of what viewers can expect from this season.

Immature Season 2 depicts the interesting and twisted tale of every person struck between the line of their childhood and adulthood and unique ways of dealing with challenging situations in their school life.

Furthermore, the show promises to give you the whole laughter punch throughout the story and take you back to those old days of Immature friendships and common school worries.

In ImMature Season 2, the story revolves around the humor and hardships of characters stuck between the two sides of the road, childhood and adulthood, and tied with even more fun moments and challenging setbacks than in season 1.

Dhruv, Chhavi, Kabir, and Susu are fine reflections of what we were as students. Filled with such curios and innocent characters, the series is one of the rare works that can guarantee you to give more, taking you back deep into memory lane.

ImMature web series beautifully showcases the young characters living the remaining years of their childhood filled with ups and downs of their age. The creators are quite excited to release the long-waited coming-of-age series with Prime Video.

In addition, ImMature is the first and only show from India selected at Cannes Series Festival yet, featured at the prestigious festival, a remarkable achievement in the Indian series.

Prime Video ImMature Season 2 will be released at midnight on August 26, 2022 on the platform. The web series is created and popularized by The Viral Fever (TVF) and directed by Anant Singh.

Watch online ImMature Season 2 all episodes on Prime Video. The web series will be released globally on the platform available in multiple languages. You can watch the complete web series by purchasing the premium subscription and get access to other movies and series.

In case, you have not watched ImMature Season 1, the web series will be streamed online soon on all the other platforms.

Que: How Many Seasons Does ImMature Season 2 Have?

Que: Where Can I Watch ImMature Season 2?

Ans: You can watch online ImMature Season 2 all epsides on Prime Video along with other movies and web series.

Que: Who is Dhruv in ImMature?