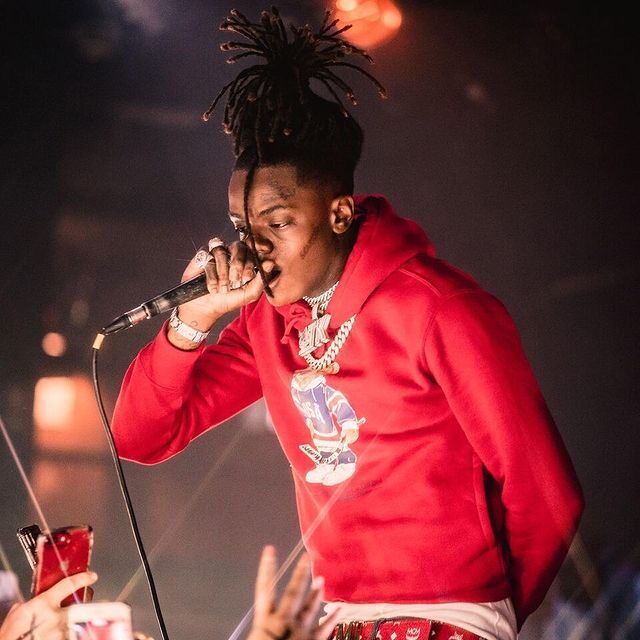 As of 2022, JayDaYoungan has a net worth of around $1.5 million. He is a 23 years old American Rapper, Singer, and Songwriter best known for his hit singles such as Elimination, Opps, and 23 Island. He became one of the top emerging rappers in the music industry and has released numerous hit tracks and mixtapes.

JayDa earned the majority of his income mainly through music such as album sales, mixtapes, live performances, merchandise, tour sales, and his contracts with labels Atlantic Records and the Ruffwayy. JaydaYoungan rose to fame after releasing albums like The Real Jumpman 23, Taking Off, Wake Up, and 23. His music of the song 23 Island has garnered over 170 million views on YouTube alone.

Javorious Tykies Scott, better known by his stage name, JayDaYoungan, was born on July 15, 1998, in Bogalusa, Louisiana. His mother served in the Army while his father spent many years in prison while growing up, so he mostly lived with his grandmother. He has one sister and two brothers on his mom’s side, while the no. of cousins on his father’s side is uncountable.

Later, the father-son relationship improved, and they came very close after his father got released. He considered his grandfather the best influencer who guided and motivated him in his career. His mom was strict and always made sure that he is on the right path and not involved in misdoings. However, jaydayoungan wanted to become an NBA player and were a fan of Rajon Rondo. But he did not continue playing basketball due to his low grades in high school and issues outside of the classroom.

He began freestyling with his friend and fellow rapper FG Famous, and the two of them used to put on beats and practice for hours. They grew up together and know each other since they were kids because of having common interests together. After being encouraged by his squad, he released his first official track and received so much love from his friends.

JayDaYoungan released his first-ever song on YouTube during the 11th grade, getting more than a thousand views on its first day.

His mom was hurt when he dropped out, but he promised that he would come back and get his diploma. At first, his mom wasn’t even aware of his rapping until one day she saw his music video on social media, and that was the moment when she got some hope about his music career.

In 2016, JayDaYoungan dropped his first tape titled ‘YOUNGANimal’ with good sounds. The song focused on the harsh realities of growing up with almost nothing, and how his musical career has changed his life and the people around him. In 2017, he released RuffWayy and The Real Jumpman 23 and earned a lot of recognition in the industry due to his later song. The mixtape consisted the songs like “Sliding Freestyle” which amassed more than 9 million views on the music video for the song.

His Another hit song off the mixtape is Muddy Situation which has over 8 million hits online, and almost 5 million plays on the site. Then, he came up with the projects like Wake Up, Taking Off, and 23 in 2018.

He had his breakthrough with the release of the song Elimination, earning worldwide recognition. Later, he came up with the release of his hit songs like Forever 23, featuring Thot Thot and Purge, and peaked at #37 on the Top R&B Hip-Hop albums and #86 on the Billboard 200. In 2019, Endless Pain was his next mixtape, including tracks, Repo and War Ready. The album reached #20 as well as #37 on the Top R&B Hip-Hop Charts and #70 on the Billboard.

In his mixtape titled Misunderstood, he worked with artists like JetSoo, FG Famous, Lil Durk, YFN Lucci, and Lil Boosie. He again received huge acclamation by charting #36 on the Billboard Emerging Artists Chart. In 2020, the rapper released his debut album known as Baby 23, including appearances from various artists like Kevin Gates, Moneybagg Yo, and Dej Loaf with the singles Perky Activated and 38K.

Below are the social profiles of JayDaYoungan

What is the net worth of JayDaYoungan?

JayDaYoungan has a net worth of around $1.5 million.

What is the age of JayDaYoungan?

That was all about JayDaYoungan’s biography.