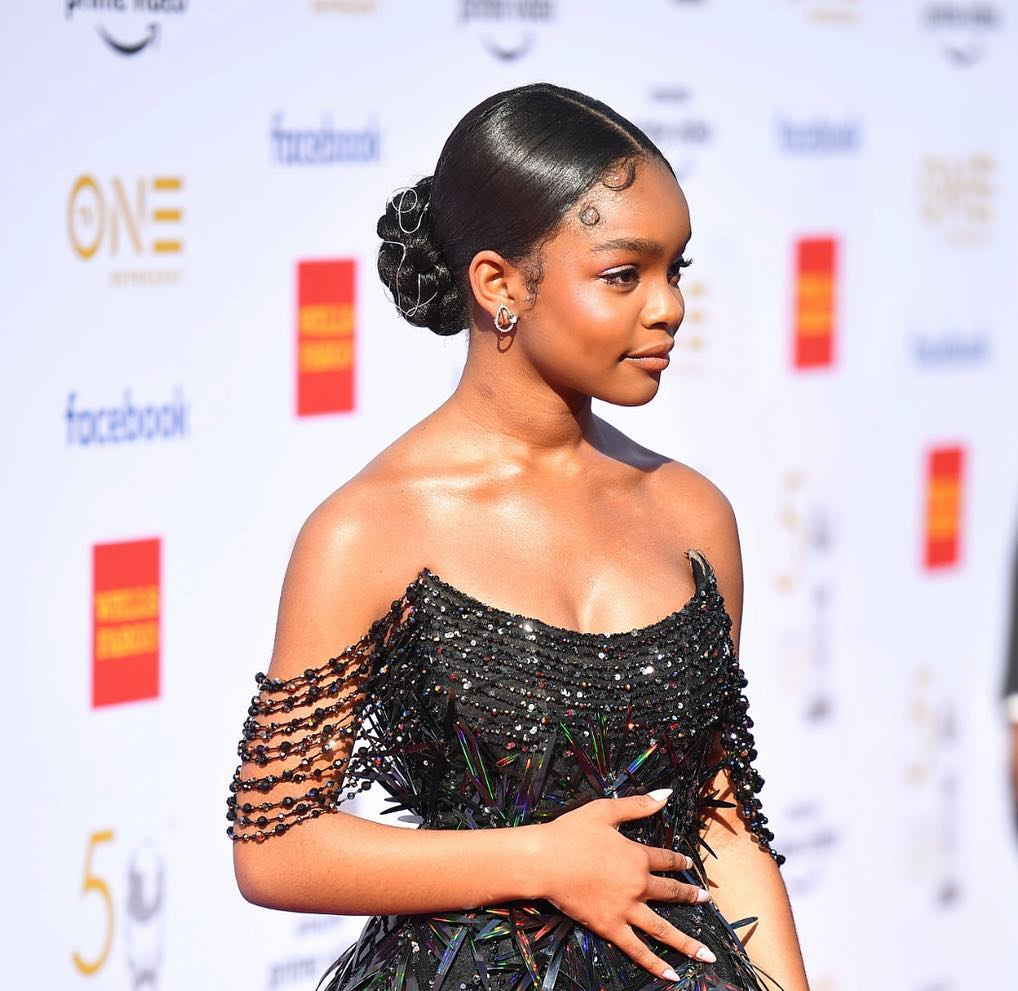 Marsai Martin Net Worth: Marsai Martin is an American Actress, Model, and Film Producer who has a net worth of $4 million as of 2022. She started her career by appearing in a national commercial at the age of 5 and has now become one of the highest-paid teenage actresses in the Hollywood Industry. Marsai came to the spotlight after being the cast member in the popular Emmy-nominated sitcom “Black-ish”, where she played the role of Diane Johnson.

Marsai Martin is considerably among the youngest producers in the film industry who achieved huge fame at such an early age. As a social media influencer, she has amassed about 4 million fans following on Instagram alone, which is also quite impressive as it can be very difficult for others to gain such a number at this young age.

Marsai came up with the comedy film ‘Little’ in 2019, where she also starred in this movie. In the same year, Marsai Martin was featured in Time magazine on its “Time 100 Next”. Apart from that, she has also appeared in numerous movies and TV Shows in her career. She has successfully managed to establish herself as a popular celebrity in the country and is well-known for her fascinating looks and outstanding acting performances.

Caila Marsai Martin was born on August 14, 2004, in Plano, Texas to African American parents Joshua and Carol Martin. She began her acting career after a glamorous pictorial.

The photographer gave them a discount in exchange for her father’s promise that he would submit the pictures to talent agencies. So, as per his promise when he sent those photos to four different agencies, out of which one immediately decided to sign Marsai for their commercials.

During the age of five, she first became part of the national commercial for choice hotel, and she then started getting contracts from various popular agencies. In 2013, the family decided to move to Los Angeles for better acting opportunities for Martin so she could pursue her dream of becoming an actress. She also attended the Cathryn Sullivan Acting for film in Texas.

The year was 2014 when Marsai Martin got her opportunity to play the character of Diane Johnson for the ABC sitcom TV series “Black-ish”. She received so much recognition and awards for her wonderful acting in the series, including 3 NAACP Image Awards for Outstanding Supporting Actress and Young Artist Award, and nominations for two Screen Actors Guild Awards and Six NAACP image awards.

In 2016, Marsai featured her film debut in “An American Girl Story – Melody 1963”, playing the lead role there. In the same year, she also provided the voice for the movie “Nina”.

Later, she released her debut feature film “Little” in which she was also an executive producer of the film, making her the youngest person ever to produce a movie. Following the release of her film, Marsai launched her production company called “Genius”.

Under the deal with Universal Pictures, her first film is ‘StepMonster’, a comedy movie about a young girl struggling to manage her life with her stepmother. Moreover, Marsai has become the first-youngest girl to sign a deal with Universal.

Acc. to reports, Marsai has been working on several projects as she would produce “Amari and the Night Brothers” and the “Comedy Queen”. Despite her successful acting career, she also runs a YouTube Channel.

As of 2022, Marsai Martin’s net worth is roughly $1.5 million. Apart from earning fame in the acting field, she runs her businesses like her production company Genius Entertainment and a partnership deal with Universal Pictures. Her father is the president of the production company, and her mother is the vice-president.

The primary sources of her income include her acting career, modeling, commercials, advertisements, and endorsements for some brands like Give Me a Second, Brookshire, Regions Bank Personal Pay, Minute Clinic, Meineke, CVS Health, etc.

She has also teamed up with the NGO called Color of Change which helps writers of color in the entertainment industry. Additionally, she has collaborated with the US eyewear manufacturer, Essilor of America, to educate people about single-vision patients and females in Optometry.

Below are the social profiles of Marsai Martin

How much is the worth of Marsai Martin?

How much money does Marsai Martin make in a year?

How old is Marsai Martin?

That was all about Marsai Martin’s biography.