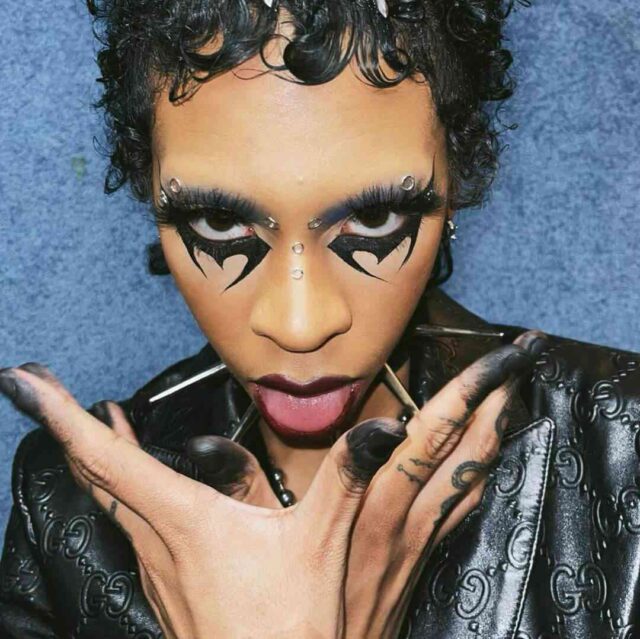 Rico Nasty is a 25 yrs old American Rapper, Songwriter, and Singer who has a net worth of around $1 million as of 2022. She earned the vast majority of her income through her successful career in music such as Album sales, live streamings, and tours. In 2019, she managed to land herself on the Forbes 30 Under 30 list for music.

Rico Nasty is among one of the top female leading rappers in the United States, who first appeared on SoundCloud as a genre-bending musician. She is well known for her hit songs like Smack a Bitch’ and ‘Key Lime OG’ through which she gained massive success. She released several hit tracks and also has collaborated with other artists like Doja Cat, Kenny Beats, Lil Yachty, and many more.

Apart from that, she is also recognized for her unique aggressive style in Hip Hop. She has managed to gain a huge fan following throughout her hip-hop career too.

On May 7, 1997, Maria-Cecilia Simone Kelly, popularly known by her stage name, Rico Nasty, was born in Brooklyn. Her mother, Puerto Rican, works in cyber security, and her father was a rapper.

Rico Nasty attended a Boarding school till she got expelled at the age of 14 for smoking marijuana. A few times later, her father was sentenced to prison, and her parents got divorced at the age of 15. She developed her taste in music while attending Charles Herbert Flowers High School, and she started listening to artists like Big Flock, Kanye West, etc.

Rico Nasty released her very first mixtape Summers Eve when she was in the 11th grade in 2014. Later in 2016, she came up with the hit song, ‘iCarly’ which earned her a good reputation in the music industry. During the same time, she released Hey Arnold which was later remixed by the famous rapper Lil Yachty.

Then Rico Nasty released several hit mixtapes like The Rico Story and the Sugar Trap as well as other singles like Poppin which got selected to appear in the HBO’s series Insecure. After collaborating with Lil Yachty for the Mamacita, Rico got signed a musical deal with Atlantic Records in 2018. After this, she started working with several music producers like Kenny Beats.

Later, she released her sixth label debut mixtape, Nasty. In December 2020, she came up with her debut studio album, Nightmare Vacation, and other hit singles like ‘iPhone’.

However, Rico Nasty has also worked as an actress. She has appeared in a few movies like Countin’ Up, Swipe Night, and Savage X Fenty Show: Volume Two.

Rico Nasty was in a relationship with Brandon who later died due to an asthma attack. At the age of 18, she became a mother after giving birth to her first son, Cameron.

Rico faced a huge loss due to the death of her husband. She got so depressed that eventually, she stopped making music for a while. She started working as a receptionist at a hospital but finally came back when her son was ten months old.

Currently, she is in a relationship with Malik Foxx, who is also her manager.

Below are the social profiles of Rico Nasty

That was all about Rico Nasty’s biography.