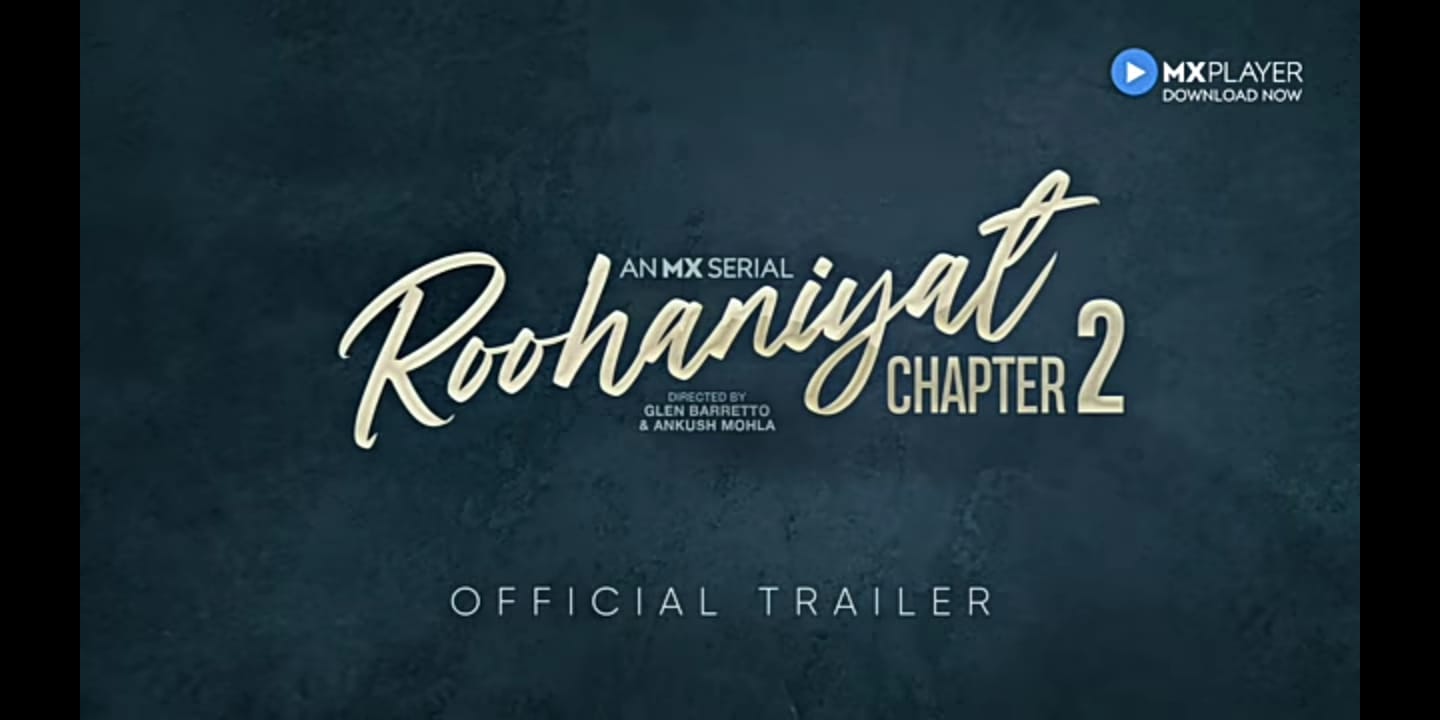 Roohaniyat Chapter 2 MX Player Web Series: MX Player has released the trailer of Roohaniyat web series chapter 2. The web series is a continuation of Roohaniyat Season 1 where Prisha and Saveer start sharing a deep bonding despite having a huge age difference. Being recovered after losing the love of his life, Ishanvi, however, Saveer finds himself again with the same feeling of love anxiety. The second season would reveal whether the actor finds back Ishanvi and how he deals with Prisha’s story. Roohaniya Chapter 2 web series cast Arjun Bijlani, Kanika Mann, and Yuvika Chaudhary in the lead roles among others.

Roohaniyat Chapter 2 web series is streaming now all episodes on the platform of MX Player. It is certainly one of the most awaited web series. Since it has Arjun Bijlani and Kanika Mann in the lead roles, you may hope to get a long ride full of mysterious lovey-dovey scenes of the actors. The trailer promises to keep you hooked till its ending as it will uncover their dark pasts.

Roohaniya Chapter 2 release date is 9 September. The web series will feature new episodes every Friday at 11:00 AM on MX Player. Talking about the story where Saveer and Prisha have got much closer than the Season 1. But this time, the web series will revolve around Saveer’s past as he goes through some tense situations in his life.

On the other hand, there is no clue about Ishanvi and why she left all of so sudden, making Saveer even more anxious and confused than in the previous season of Roohaniyat MX Player web series.

The synopsis of the story reads “Love doesn’t have any bounds which we have all been told in our life. something similar takes place in Roohaniyat web series when 19-year-old Prisha finds her attachment and begins falling for 35-year-old Saveer. Saveer, the man of his own words holds some painful stories from his past. Far from such guesses, however, Prisha tries her best to enter into his life without having any idea of what he’s been through. Whether Prisha will be able to refresh Saveer’s joy and pleasure that he has lost for a long time. Or she is just another chapter that would end tragically?”