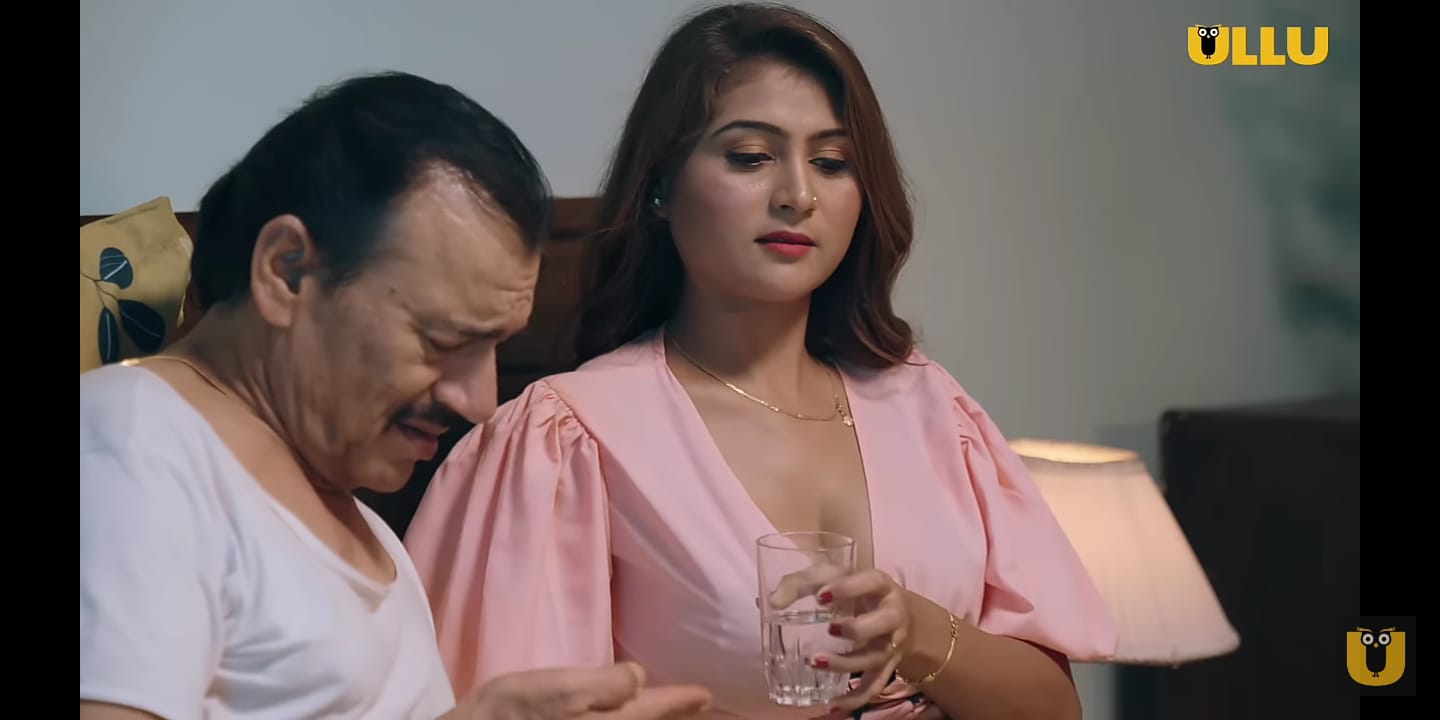 Watch Online Siskiyaan 2 Palang Tod Ullu Web Series: Ullu has announced the release date of Palang Tod Sikiyaan Season 2. The web series will be released on the platform only. It continues the story of Siskiyaan, where Renu the frustrated and unsatisfied wife knocks the door of her semi-paralyzed sasur (father-in-law) to gain pleasure and fulfill her needs. Being not aware of what coming forward, however, leads her to a point where she finds it very difficult to deal with the situation. Siskiyaan 2 web series cast Hiral Radadiya, Noor Malabika, Tarakesh Chauhan, Shivkant Lakhan Pal, Sohil Shaikh, and Rajesh Yadav in the lead role.

The Palang Tod is certainly one of the most viewed Ullu web series. Siskiyaan 2 follows multiple genres, including romance, fantasy, and thriller, and offers the audience to deliver quite an engaging story that other web series lack.

Ullu recently dropped the trailer of the Siskiyaan 2 web series and received huge responses from the audience. It has crossed over 540k views on YouTube alone and has lots of comments. One may find it hard to make assumptions about where the story would turn as it has introduced several new actors.

However, the trailer does hint that Renu’s life would not be going as easy as it was, Hiral Radadiya has entered into their lives and may easily ruin her plans by overcoming the position she is in. In addition, Sohil Shaikh plays the special character of ‘Chotu’ and Tarakesh Chauhan will continue his role of father-in-law.

The trailer is available on YouTube. If you have not watched yet, you must hurry as so many people have already peeked in and might have taken a guess of what’s going to happen next.

Siskiyaan 2 web series is scheduled to release at midnight on September 2 on the Ullu OTT platform. You can watch online Siskiyaan 2 complete web series by becoming a premium subscriber. The streaming platform often releases multiple plans that may cost you lower than average and save you extra money.

Siskiyaan 2 is a continuation and ongoing series of Palang Tod Siskiyaan. Ullu decided to launch its 2nd season after receiving good responses for the previous one. Both seasons will be streaming online on the Ullu app.

The story of Palang Tod Siskiyaan 2 web series begins with the lead character Renu who somewhere depicts the story of such women who find it hard to lead a happy life with their husbands. Renu reveals her past only filled with sorrow and despair and living a burdensome life. But things begin to look bright and colorful as her father-in-law takes the command and secretly gives her the long-desired service she always dreamt of.

The web series conveys the story in a balanced manner, weighing equally the comical and the romantic aspects of the actors. The lead actresses Hiral Radadiya and Noor Malabika may appear as making love with almost all the male actors in the web series.

The Siskiyaan 2 web series has Hiral Radadiya and Noor Malabika in the lead role. The lead actresses have presented themselves interestingly and impressively with partially intimate scenes.

Speaking of the web series may go through multiple tense situations where the characters will be a bit slower than usual. With a few modifications, the story will take many twists and turns but the show promises to give a satisfying conclusion.

Ans. Hiral Radadiya, Noor Malabika, and Tarakesh Chauhan are in the key role.

Ans. Anyone can watch online and download Siskiyaan 2 complete web series on Ullu.