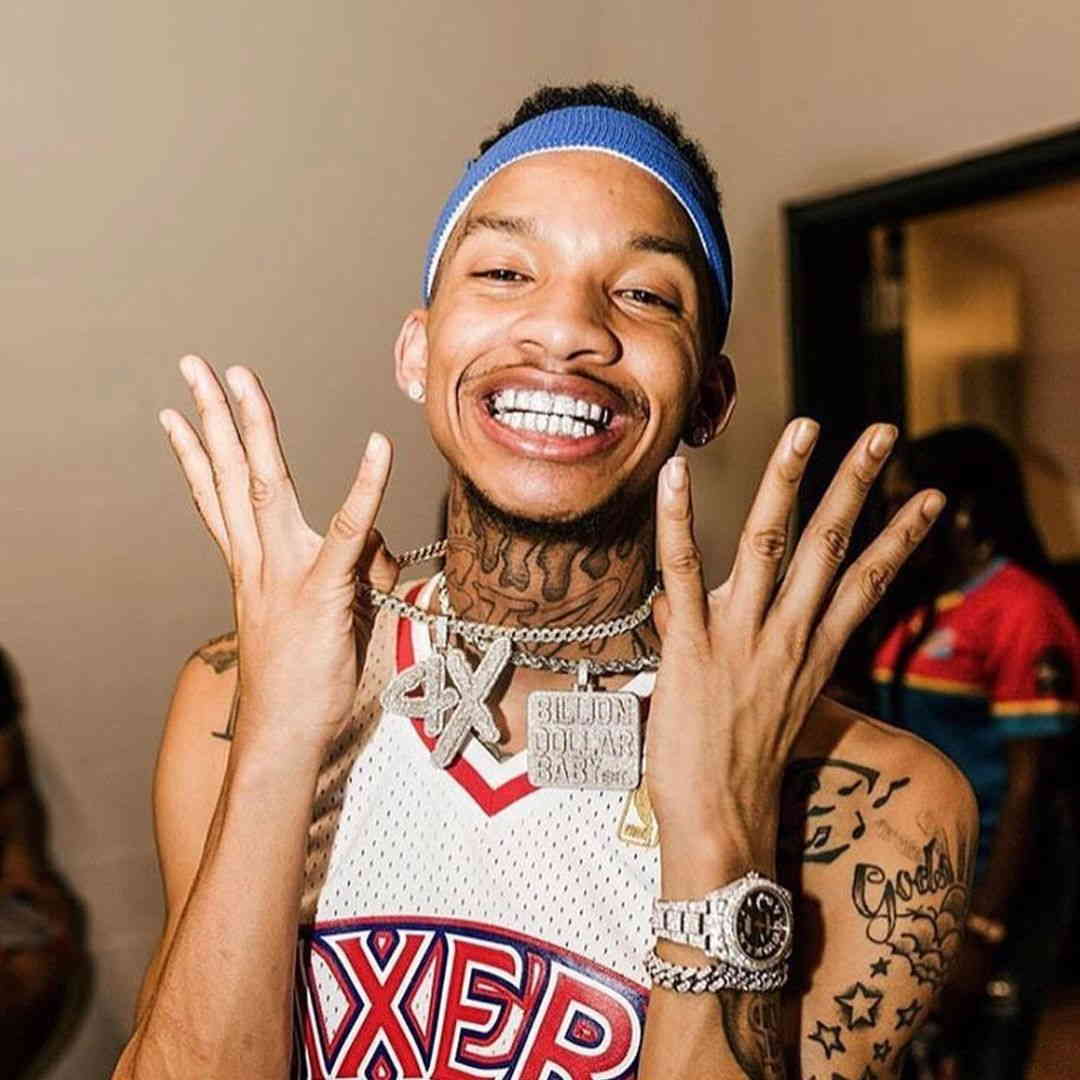 Stunna 4 Vegas has an estimated net worth of $2 Million as of 2022. He is an American Rapper and Songwriter who rose to fame after releasing his single Animal, featuring the famous Rapper, DaBaby. He is among those rising rappers in the music game who outperformed other artists and gained popularity within a limited time. He is currently in a contract with DaBaby’s label Billion Dollar Baby Entertainment.

He has collab with some prominent rappers like Lil Durk, Moneybagg Yo, Offset, Young Nudy, and Da Baby as well. A few of his other hit singles include, Up The Smoke, Ashley, Tomorrow, Do Dat, and many more.

Khalick Antonio Caldwell, better known by his stage name Stunna or Big 4X, was born on January 1, 1996, in Salisbury, North Carolina, United States. He grew up in West Salisbury, North Carolina, and did not have any father or siblings. He developed his interest in music at a very young age, and a few of his musical influences were Gucci, 2 Chainz, Wayne, T.I., and Fat Trel.

In High School, Stunna was a big fan of Big Sean, Wiz Khalifa, Tyga, and J. Cole. He attended West Rowan High School and used to participate in the Football and Basketball teams. During his final years, he began rapping more frequently and released more songs. And after his graduation, he took his rapping career more seriously and started dedicating his full time to this. He is also a cousin of Philadelphia Eagles defensive tackle Javon Hargrave.

In 2017, Stunna 4 Vegas began to drop mixtapes like Stunna Season and 4 Way or No Way and built his catalog with his local buzz. At that time, he was doing concerts for less than $300 while he continued to improve his skills. The turning point of his career came when he met a fellow rapper DaBaby.

The song Animal, created by two of them released on DaBaby’s channel in September 2018. And that went viral and reached over 50 million views on YouTube shortly. After this Song, Stunna got an opportunity to sign a deal with DaBaby’s Billion Dollar Baby Entertainment. The two of them began working on music together and released various hits. Stunna got featured on DaBaby’s single 4X from his 2018 mixtape Blank Blank.

Yet, In March 2019, He was again featured on DaBaby’s track “Joggers” from his debut album Baby on Baby. Then, He got featured on Asian Da Brat’s Mixtape Unfuccwitable on the track “I Love It”. In May 2019, he signed with Interscope Records and released his debut album under the label BIG 4X. The album contained guest features from DaBaby, NLE Choppa, Young Nudy, Offset, and Lil Durk. It ranked at 50 on the Billboard 200 and received huge success.

During the same month, he released his next singles “Tomorrow” featuring Moneybagg Yo, “Boat 4 Vegas” featuring Lil Yachty, “Flintstones” featuring BannUpPrince, and “Up The Smoke” with Offset and “Long”. He revealed the album’s title during an interview with Groovy Tracks. In September 2019, he featured on the Track Really from DaBaby’s second album Kirk. The Song debuted and charted at 63 on Billboard Hot 100, making it Stunta’s first entry on the Hot 100.

In January 2020, Stunna released his second studio album Rich Youngin which includes features from Dababy, Lil Baby, Offset, and Blac Youngsta. The album peaked at 29 on the Billboard 200 and received lukewarm reviews from critics.

In February 2020, Stunna made his first Billboard-charting single as a lead artist and his second charting single with Go Stupid. It debuted and ranked at 60 on the Billboard Hot 100. In July 2020, He released a collaboration with DaBaby titled “NO Dribble”. Later, he released his third studio album, Welcome to 4 Vegas, featuring DaBaby, Toosii, Murda Beatz, and Ola Raunt.

Stunna 4 Vegas is currently single, and there’s not any clear information about his previous relationship.

However, Some people believe there were shootouts on Stunna 4 Vegas in the parking lot area in August 2021. A video of him on Reddit shows he is running and a continuously firing sound behind him.

But, The Experts have not clarified anything about the news, and it is unclear to say whether the video is legit or fake.

Below are the social profiles of Stunna 4 Vegas

That was all about Stunna 4 Vegas’s biography.