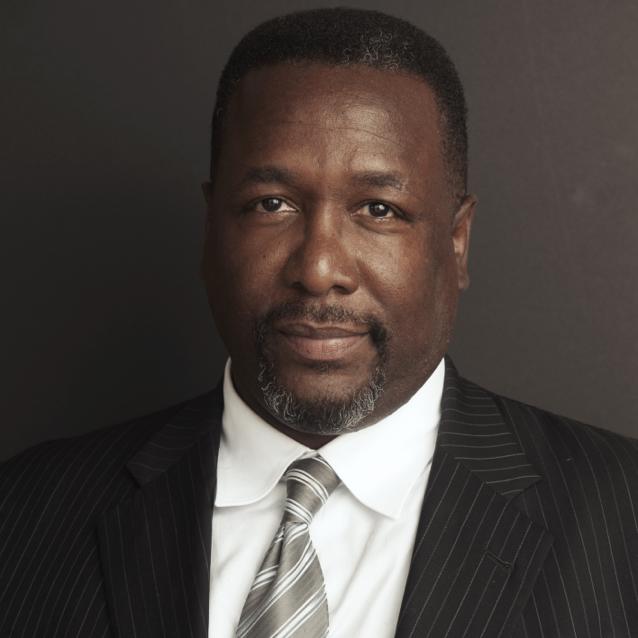 Wendell Pierce has an estimated net worth of $10 million as of April 2022. He is a legendary American Actor and Businessman, best known for his role as Detective Bunk Moreland in HBO’s crime drama series The Wire, Antoine Batiste in the Treme, and for portraying James Greer in Tom Clancy’s Jack Ryan.

A few of his Best Movies and TV Shows are:-

In May 2016, Wendell Pierce was arrested for an alleged attack against a female Bernie Sanders Supporter outside Atlanta Loews Hotel. He was charged with Simple Battery.

However, he was released from Fulton County Jail on a booking of $1000 bond. He completed a Pre-Trial diversion Program, Counselling, and Community service before the dismissal of the charge.

On December 8, 1963, Wendell Edward Pierce was born to Althena Pierce and Amos Pierce in New Orleans, Louisiana, United States. Being a Teacher and a Decorated World War II veteran, his Parents raised him with two other sons. His father also fought in the Battle of Saipan in 1994.

Wendell Pierce grew up in the black middle-class community of Pontchartrain Park, the first African-American post-war suburb. His father and some other black veterans moved into this place after they returned home from the war.

He did his schooling at Benjamin Franklin High School and, Holds a Bachelor’s degree in Fine Arts in drama from Juilliard School’s Drama Division. In 1981, Wendell Pierce was named a Presidential Scholar of the Arts.

As a young actor, Wendell appeared in the Winter’s Tale at the Tulane Shakespeare Festival and hosted a weekly jazz show on WYLD-FM Radio called Extensions from Congo Square.

Wendell Pierce has worked in more than 30 films and has appeared in nearly 50 television shows and dozens of stage productions. He worked in HBO Dramas The Wire and Treme. However, When Wendell was the first cast in The Wire, He doubted if the show would be a hit.

In 2012, he played the character of J. Jenks in the Twilight Saga: Breaking Dawn – Part 2.

He learned to play the Trombone for his role in Treme. Though he relied on the sound double on Stafford Agee, who played off-camera for Wendell, syncing his Trombone with Wendell’s motions for authenticity.

Wendell was nominated for an Independent Spirit Award for Best Male Lead for his role of Joe in the 2014 hit movie Four.

From 2015 to 2017, he worked in a revival of the sitcom The Odd Couple on CBS, playing the role of Teddy. In 2016, he appeared on several albums, recording the song Make America Great Again with Delfeayo Marsalis.

Wendell has also been in numerous stage productions. He was praised for his performance as Holt Fay in Queenie at the John F. Kennedy Center. He has performed on Broadway in stage productions of Serious Money, The Piano Lessons, and off-Broadway in The Cherry Orchard, for which he was nominated for a VIV Award for Lead Actor.

Wendell Pierce considers himself a True Capitalist and a Classic Entrepreneur. He ran many businesses like Sterling Farms.

Apart from that, Wendell started Pontchartrain Park Community Development Corp., a non-profit corporation, to build new affordable solar and geothermal homes in the area for families displaced by Hurricane Katrina.

Wendell Pierce describes himself as tri-coastal, splitting his time among Los Angeles, New York City, and New Orleans. He is a Catholic and a great supporter of the New Orleans Saints, got nicknamed Saints Wendell.

Wendell Pierce was a vocal supporter of Hillary Clinton and was on the Board of Alliance for a Healthier Generation, a campaign started by the Clinton Foundation.

In 2012, Wendell Pierce was one of President Barack Obama’s top Campaign Fundraisers. He has once escorted Gwen Ifill to a White House State Dinner.

Below are the social profiles of Wendell Pierce

That was all about Wendell Pierce’s biography.