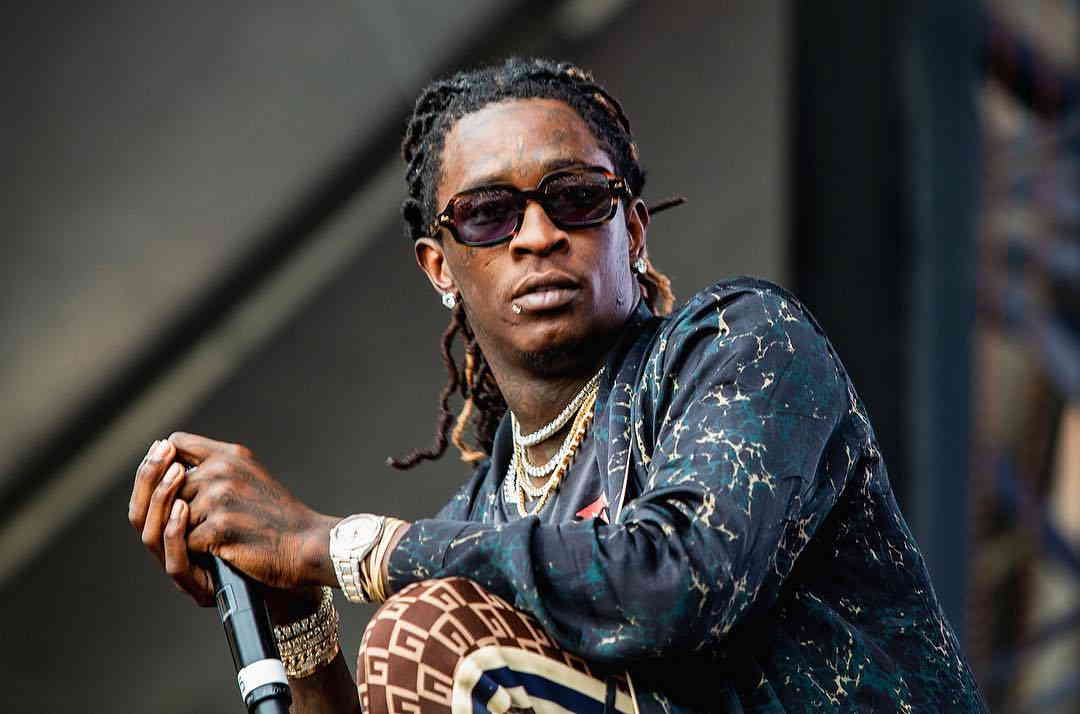 Who is Young Thug?

Jeffery Lamar Williams professionally known as Young Thug is a Rapper, Singer, and Record Producer of US-nation. Young Thug is a recipient of Grammy Awards and MTV Video Music Awards many Times. Best known for his Eccentric Vocal Style and Fashion, Young Thug has influenced the entire world with his unique Hip-Hop and Trap music.

Young Thug came into the mainstream media in 2014 with his singles, Stoner and Danny Glover. Apart from that, He also has appeared in some other singles like Tyga’s Hookah, T.I.’s About the Money, and Rich Gang’s Lifestyle.

As of April 2022, Young Thug has an estimated net worth of around $8 million. He has a very successful career of rapping and singing alone. Thug has been praised for his generosity due to his participation in social campaigns like #fightpovertyagain in 2016. He donated all the proceeds of a concert to Planned Parenthood, a US-based NGO that provides healthcare all over the world.

On August 16, 1991, Jeffery Lamar Williams A.K.A Young Thug was born in Atlanta, Georgia, United States. His parents had eleven children. His hometown is Sylvan Hills but he grew up in the Jonesboro South Projects, a place for underprivileged people. His older brother was shot to death in front of his home when he was a kid.

Young Thug comes from a place where Other rappers like Waka Flocka Flame, 2 Chainz, Ludacris, and PeeWee Longway had spent their childhood. Thug has also spent Four Years in Juvenile Jail for Breaking his Teacher’s arm during the sixth grade.

Young Thug entered the Musical World in 2010, first debuting as a guest in TruRoyal’s Song She Can Go. Thug released his first mixtape series ‘I Came from Nothing’ in three installments in 2011 and 2012. Afterward, Gucci Mane signed Young Thug to his label 1017 Brick Squad Records in 2013. It was an Imprint of Asylum Records and Atlantic Recording Company.

However, Thug released his fourth mixtape titled 1017 Thug around the same year. It received a lot of positive reviews for its originality. The mixtape was honored by Pitchfork Albums of the Year, Complex The 50 Best Albums, FACT, Rolling Stone placed it at number 5, and The Guardian ranked him among the Five Best Mixtapes of 2013.

In July 2013, The Complex ranked him in their list of 25 New Rappers to watch out for. Thug released several other mixtapes like Stoner and Danny Glover. In Oct 2013, he performed on 19 & Boomin by Metro Boomin. Pitchfork ranked 1017 Thug at number 96 as one of the best albums of the first half of the 2010s decade.

Besides them, Young Thug has also released Slime Season, Slime Season 2, and Slime Season 3, a compilation mixtape ranked at number 7 on the US Billboard200. In 2016, Thug appeared in Tidal with West. In May 2016, he toured the united states for his next Song HiTunes (stylized as Hy!£UN35) with several other artists like TM88, Dae Dae, and Rich The Kid.

In 2019, Thug came with Gunna in The Tonight Show Starring Jimmy Fallon. Jeff Weiss of BBC gave him the title of most influential rapper of the 21st century. According to PitchFork, his style is Extraordinary Distinctive. XXL Stated that Thug is a Rap Weirdo and his Charisma, unhinged flow and hooks make his music more intriguing. Thug has been known for his unique freestyle, fast working method, and tendency to develop lyrics on the spot. According to some other rappers and his Friends, he draws shapes and signs to create lyrics. Lil Wayne is his Biggest Idol and Influencer. He has also mentioned Gucci Mane and Kanye West as his mentors.

Young Thug first became a father at the age of 17. Thug has a family of six children with four different women. Thug got engaged with Jerrika Karlae in 2016 and took up a residence in Atlanta.

In April 2020, Thug had a problem with Liver and Kidney failure. Since his career began, multiple cases have been filed against him for various reasons such as possession of drugs and firearms and not showing up at concerts in 2016 and 2017.

Below are the social profiles of Young Thug

That was all about Young Thug’s biography.